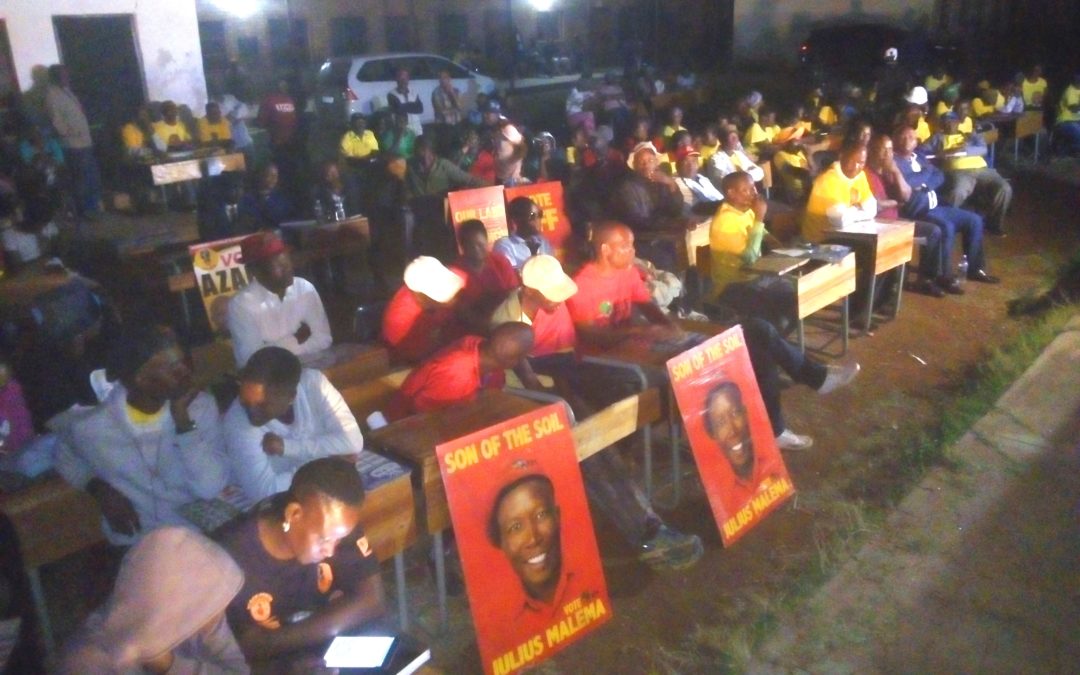 Discussions on burning topics like healthcare, water, and corruption were dominated by residents’ talks of bad roads. This got political leaders promising to prioritise construction of roads after the May elections.

Newly appointed Fetakgomo Tubatse Local Municipality Mayor Cllr Naume Tlakale Phala acknowledged the frustration of the residents saying the delay in construction of proper roads is caused by lack of funding and in some cases incompetent sub-contractors.

“I’m aware that the bridge in the area is of poor quality and it creates a problem when transporting coffins during funerals. In addition to lack of money in the municipal pocket, sub-contractors have delayed the process of constructing roads,” said Mayor Tlakale.

On the other hand, DA leader Solomon Maila promised the community that when his party wins the elections, it will deal with corrupt officials who make delivery of services difficult.

“Give us your votes because the first thing we will do when we come into government is clean the provincial governments. Officials implicated in the VBS Mutual Bank saga will be arrested,” he said.

The EFF’s Moleke Senong encouraged residents to vote and ensure tension-free voting stations. “Political parties need to ensure that there are no fights at voting districts”.

ANC Chairperson in Sekhukhune, Tshepo Matenche assured voters that the organization is working to correct its ways for the benefit of the people.

“ANC has noticed its errors hence we’re in the process of fixing our internal governance issues and Cyril Ramaphosa will be the President of the country after the elections in May”.

AZAPO’s Molantwa Madingwana said the party will restore the pride of the people and get rid of officials without proper qualifications in government.

“AZAPO do not fabricate what the ANC says but when we get into government, officials that do not have proper qualifications will be removed and the dignity of black people will be restored”.  – Sekhukhune FM (edited by Philile Masango)