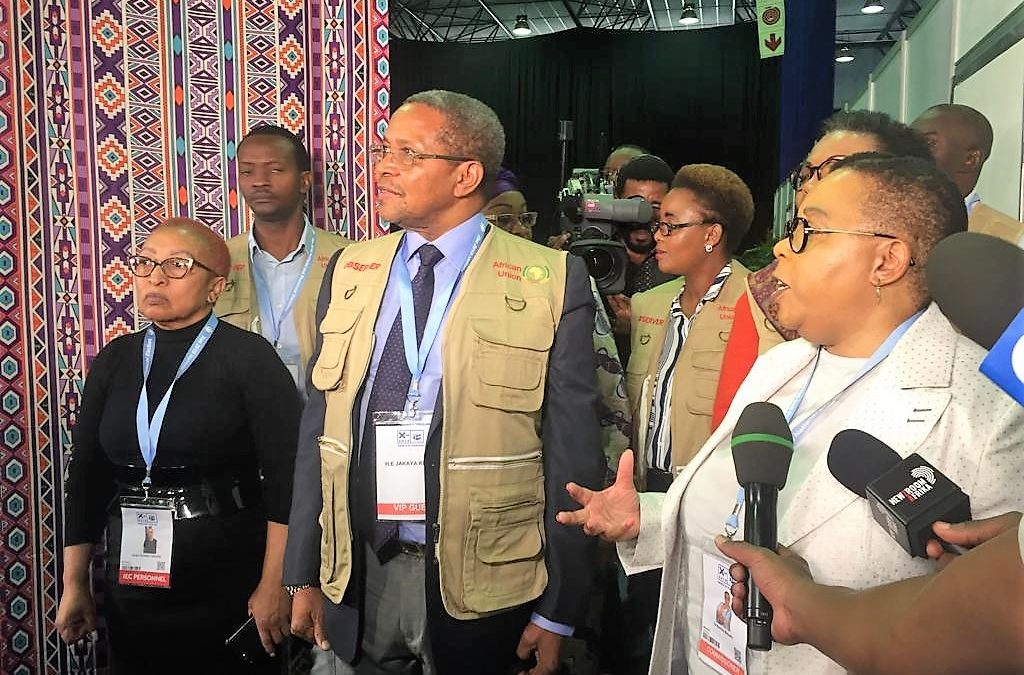 Gauteng – Head of the African Union’s Election Observer Mission to South Africa and former president of Tanzania, Jakaya Kikwete, has described South Africa’s electoral process as impressive and a model for other African countries.

Kikwete told journalists at the National Results Operations Center (ROC) that all African countries could take a leaf from the true transparency and democracy displayed by South Africa during its current election process.

Kikwete made the observation just after touring the ROC facilities in Pretoria today.

He lauded South Africa for ensuring media freedom during the elections.

“It shows the level of confidence that the Electoral Commission has, the transparency that there is, the openness that there is; it’s wonderful. No country in Africa compares to this one”, said Kikwete.

“South Africa as a nation, as we recognize it in Africa came before South Sudan; it’s the youngest democracy before South Sudan in the continent but it’s a much more developed democracy than many of the countries,” added the former Tanzania President. (Edited by Philile Masango)