Unsettling tensions in KwaMashu and uMlazi on voting day 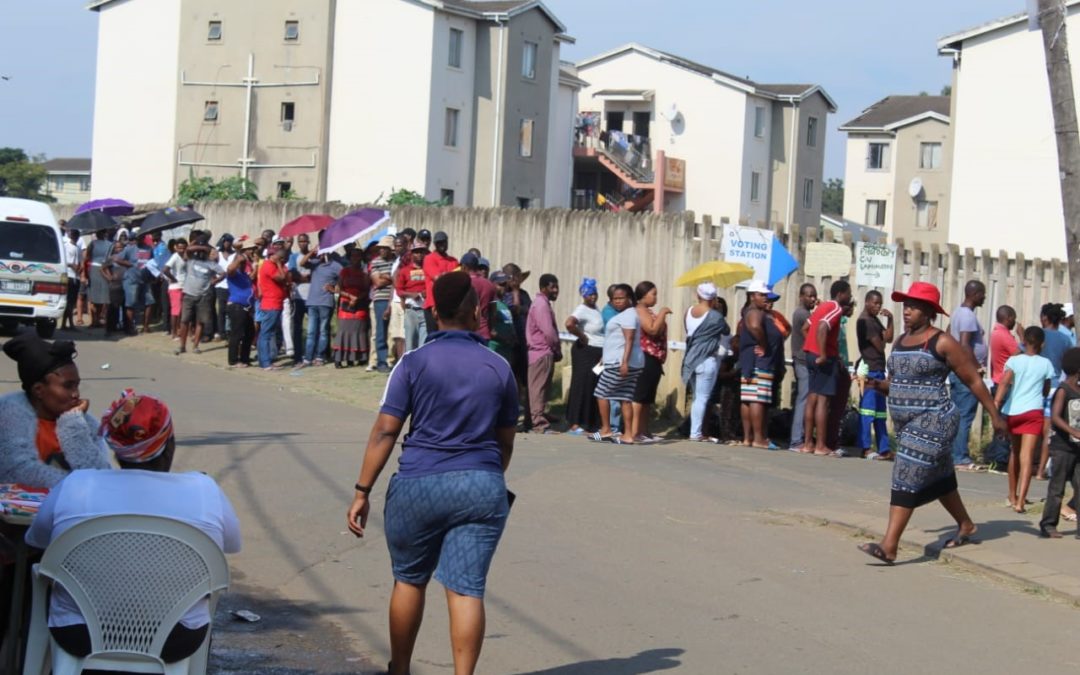 Residents said the presence of the minister in these areas brought a sense of relief and assurances for their safety.

“I came early because I’d like to vote and return home early as I worry about my safety around KwaMashu hostel. Anything can happen here; shootings take place at any time, especially in the afternoons. People are even scared to wear their chosen political party branded regalia when around the hostel because of the history of violence between IFP and ANC,” said one voter at KwaMashu Hostel.

Cele told voters that he would be following up on all the hostels’ political violence cases and ensure that they are solved.

By the end of voting day, the KwaZulu-Natal IEC officials reported smooth voting in kwaMashu and uMlazi despite additional voting disruptions forced by a power outage in uMlazi. The IEC was able to make a contingency plan for power supply but this too was insufficient according to Ntombifuthi Masinga from the IEC.

“As soon as electricity was restored we were able to proceed in uMlazi, and that’s where you saw voting happening up until 1a.m. and counting started and the results are in; which we think is a sterling job by our staff which was working in those voting stations”, said Masinga. (Edited by Philile Masango)