“2019 election is not free and fair; a rerun necessary” – ‘smaller political parties’ 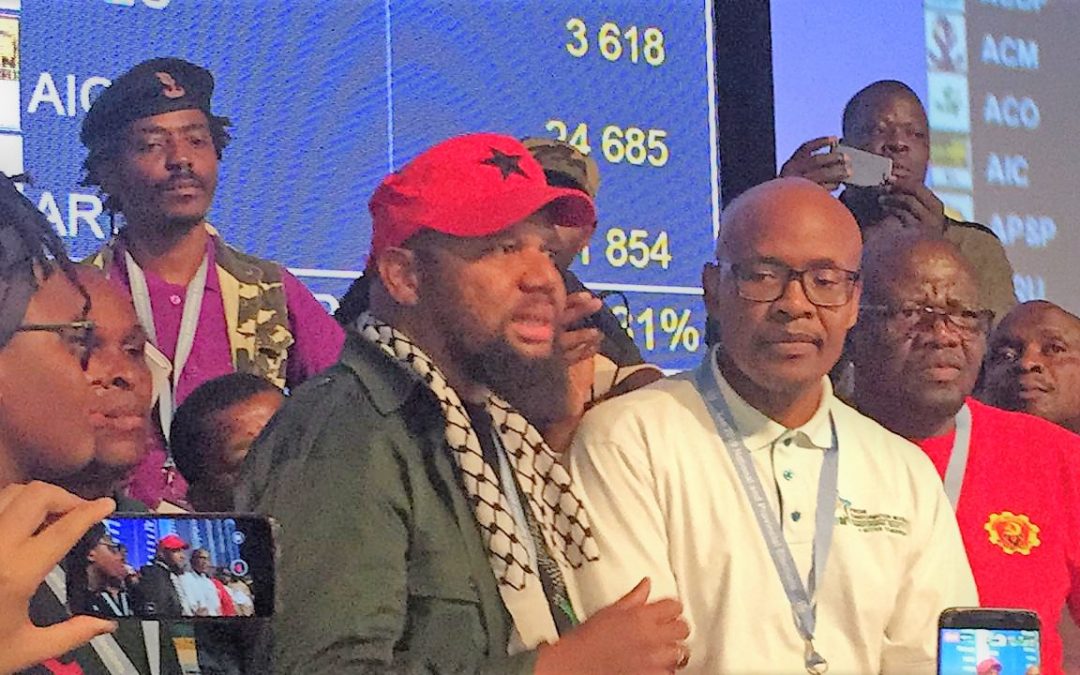 Gauteng – Political parties that refer to themselves as ‘so-called smaller political parties’ have declared the 2019 general election as not free nor fair and are demanding a re-run.

The ‘smaller parties’, comprising mainly of the newly established ones, staged a protest at the National Results Operating Center in Pretoria on Thursday evening.

They listed several issues that they say characterize the election for a sixth democratic government as unfair.

Among the issues listed is the reported double voting in some parts of the country, the questionable credibility of the indelible ink, inconsistencies in the delivery of IEC duties at voting stations, and media reporting which they say focuses on only three political parties (ANC, DA and EFF) at the expense of their parties.

“The parties that are here are not convinced that the trajectory that we are on, is a trajectory that will deliver on a free and fair election. There a quite a number of issues that have been raised by all of us that are here. All these issues have indeed been put to the attention of the IEC,” said – African Transformation Movement President Mzwanele Manyi.

“These elections were not free and fair, so we are going to court to contest this because only the three biggest political parties were given media attention. I can tell you that even yesterday they [media] were moving around here in front of us and did not even look at us. We looked like some cheap stuff here and yet we paid an equal amount [of money] for registration,” said Adil Nchabeleng of African People’s Convention.

“The results that we see on this board make a total ridicule of all the work that we have done as so-called smaller parties as you have chosen to describe us. We are very dissatisfied with the irregularities but there is a political program to alienate dissenting voices who speak against the status quo in this country,” said Black First, Land First Deputy President Zanele Lwana.

“We don’t know why these results are being put on the board because IEC itself, in all the meetings that we’ve attended, has been agreeing with us that there are a lot of irregularities. The IEC should stop what it’s doing and go back and re-elect…they can’t arrest people for irregularities and continue giving us the results. This is wrong and the IEC is wrong,” said Bofa Ledwaba of Women Forward.

The ‘smaller parties’ have officially lodged a dispute with the Independent Electoral Commission (IEC) with regards the concerns they have raised.

The list of political parties that are demanding an election rerun are: