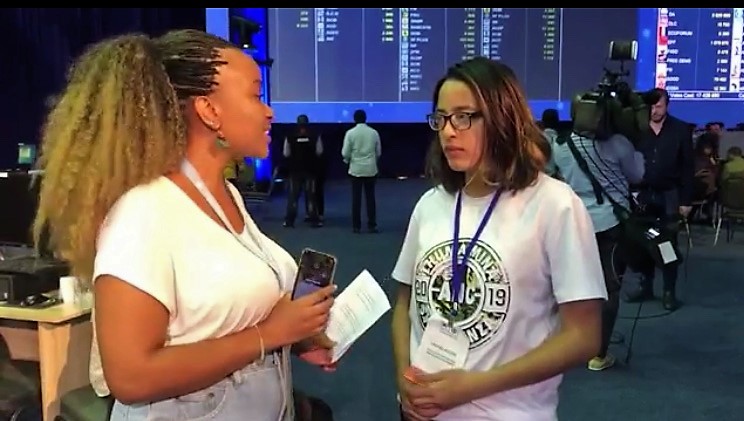 Gauteng – Former Wits University student and one of the #FeesMustFall leaders Fasiha Hassan, says she and her co-leaders in the student movement are entering parliament as vibrant young people who are determined to change the political game for the benefit of all South Africans.

Hassan is one of the youngest members of parliament of the African National Congress (ANC).

In October 2018, she won an international award; the Student Peace Prize for her “nonviolent efforts towards gaining equal access to higher education”.

In an interview with Local Voices, Hassan said even after government made a resolution to roll-out free tertiary education after the student-led #feesmustfall countrywide protests, she remained concerned about those classified as “the missing middle” who do not qualify for free education.

“We are having issues with implementation and the actual roll-out. But for me, it’s about what are we going to do with about the missing middle? We’ve spoken about this before; that it’s not middle class students, but they are students who don’t qualify for government funding but also don’t qualify for loans.”

Hassan says in her role as a member of the incoming parliament,
she will definitely prioritize the review and implementation of free and quality tertiary education.

“One of the big things we really want to put forward is a policy position and a policy narrative to deal with students like these [missing middle]. So it’s really ultimately looking at step two of free education. And actually, I think it only makes sense that we #feesmustfall leaders; not just myself but a number of others, lead the call now, moving on from universities and into mainstream politics and the mainstream part of the state,” added Hassan.

Hassan goes into parliament with fellow #FeesMustFall activists Naledi Chirwa, Peter Keetse, Piaba Madokwe and Vuyani Pambo, all from the Economic Freedom Fighters (EFF), and Nompendulo Mkatshwa from the ANC.  They, and other student leaders, were at the forefront of the #feesmustfall protests that started in 2015.

Hassan says she also wants to be the driving voice for young women’s rights in particular. She says the legalization of sex work for instance, should form a huge part of the national agenda.

“As young women we think differently right? It’s lived experience but we also have that innovation. That’s why I’m particularly excited not just to be an ANC member but to be a young woman in politics right now because across the board, we’re seeing young people about to enter this space. And I really do think it’s going to start to change the political game,” said Hassan. (Edited by Philile Masango)