I am thankful my grandfather allowed me to dream, Miss SA tells homecoming party 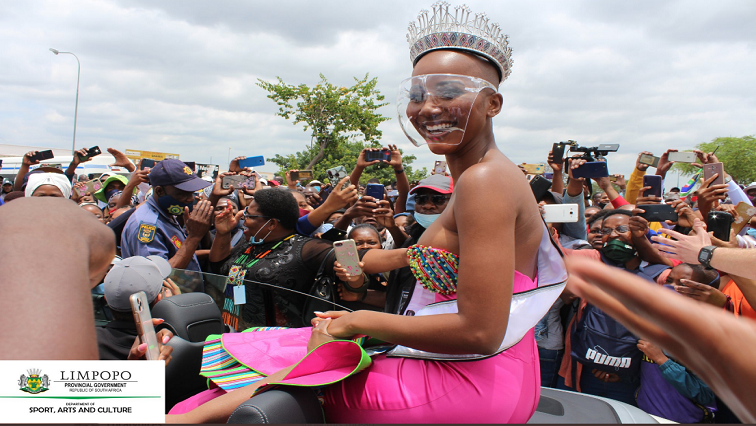 Miss South Africa, Shundufadzo Musida, returned to her home province of Limpopo for the first time on Thursday since her crowning in Cape Town last month.

Her homecoming official ceremony was held at the Meropa Casino Hotel, in Polokwane.

“I never thought that one day I would welcome Miss South Africa in and from my province. We are honoured. She is a beauty with brains and an academic,” the Limpopo premier, Stanley Mathabatha, said.

“I called my grandfather last night and he said ‘mo ni eta motho’ (in Tshivenda meaning you made me an important person)” Musida told the gathering.

“I grew up ordinary, and am thankful my grandfather had allowed me to dream. Am grateful to be back, together we will be able to help young people achieve their dreams,” Musida added.

She also thanked Limpopo and the premier for welcoming her back home.

MEC Moraka quipped, to the cheers of those present, that “you don’t have to go an extra mile to look beautiful, keep it simple and natural – look at our Miss South Africa.”

After the welcoming ceremony, she paraded the streets of Polokwane and Seshego with dozens of fans filling the streets to honour the Ha-Vhangani, Ha-Masia, Vhembe District, born beauty queen.

She has a jam-packed programme in her home village today and tomorrow.

Musida will also be doing some charity work in her home district of Vhembe.

She has said her focus during her reign will be to address the stigma associated with mental illness.