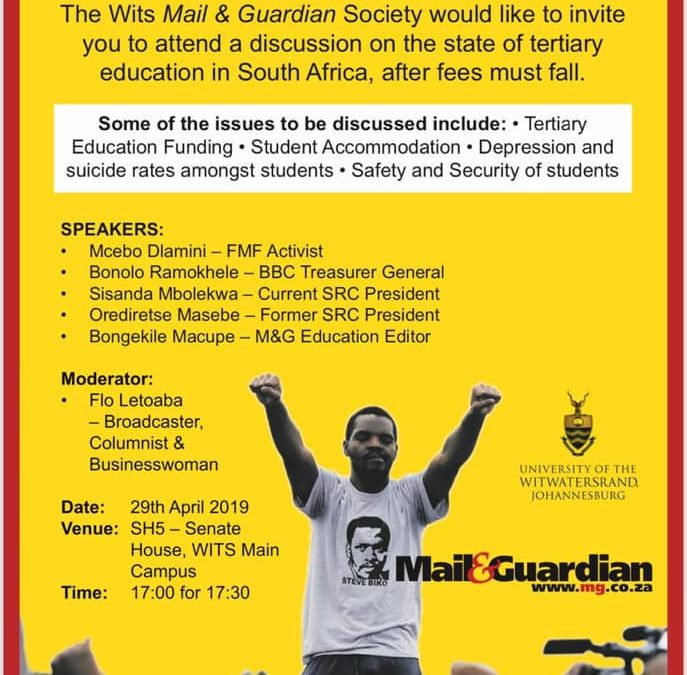 Gauteng – A commitment to free and quality education – this is one of the key promises made by political parties in their 2019 electioneering campaigns. In particular, the Economic Freedom Fighters (EFF) and the African National Congress (ANC) specify higher education deliverables in their election manifestos. The EFF makes an outright promise for ‘free decolonized education for all…’. The ruling ANC on the other hand, states; ‘…in 2018 we introduced free higher education at first year level for students from poor and working class families. This policy will be extended to second year students this year and by 2024 all undergraduate students will be fully funded by NSFAS’.

Worth noting is that newly registered voters between the ages 20 to 29, take up almost half of the voters roll at 49.2%, according to the Independent Electoral Commission. Some of these new voters are out of school youth and students.

On Monday night, the Wits Mail & Guardian Society hosted a discussion on the state of tertiary education in South Africa after the #FeesMustFall protests. In countrywide #FeesMustFall protests starting in October 2015, students called on tertiary institutions to stop the surge in tuition fees. They also called on government to increase funding to universities and ultimately ensure that South Africans enjoy free education at tertiary institutions.