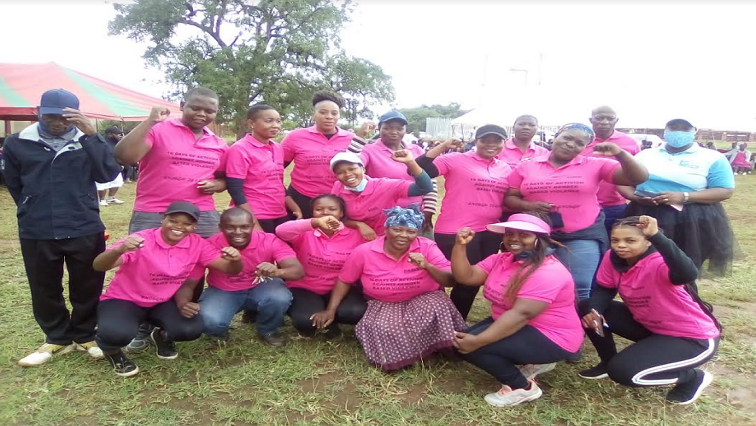 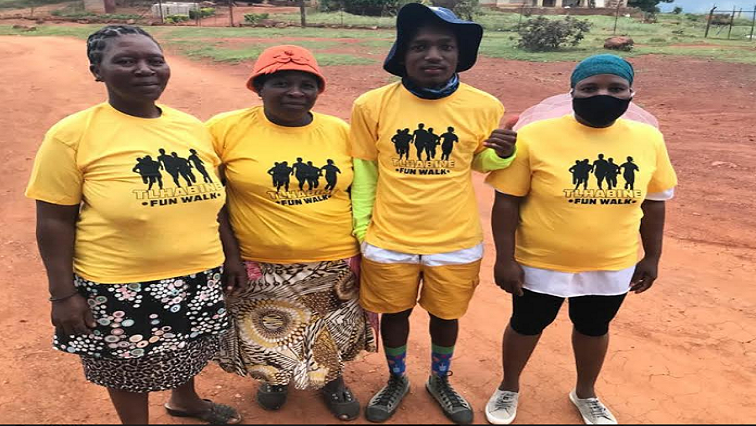 “With a strong team you can go far in life”

While deep rural community members are used to long walks due to the lack of basic resources in their neighbourhoods, fun walks are almost unheard of.  However, young people are rewriting the narrative and are exposing their communities to activities that are largely associated with townships and suburbs.

Floyd “Madiba” Sekhwela is one such young person. He founded the Tlhabine Fun Walk, which was launched on the 31st of October 2020. The village’s young and old came out in their numbers to participate.

The 27km walk began at Limpopo’s Rakoma Village in Tlhabine, went through Lenyenye, Moime, Khujwana and went back to Tlhabine. It kicked off at around 06:00 o’clock in the morning and ended more than four hours later.

Some participants told Local Voices that they were walking for fun as well to fight chronic illnesses such as sugar diabetes and high blood pressure. They spotted colourful T-shirts written Tlhabine Fun Walk, with the event’s motto “Promoting Healthy Lifestyle” written at the back.

Villagers from Lenyenye, Tickyline, Moime and Bokgaga also joined in the fun. While some gave up along the way, 67-year-old Daniel “Super” Rakomana was one of those who walked from the beginning until the end.

“I am very happy that I joined this walk at the last minute, actually I was not aware that there was an event here at home,” Rakomana, who is popularly known as “Super” from his heydays as a soccer star, told Local Voices.

“I feel like I can go back again. Walks like this one will help us the elders to keep fit because we are no longer that active”, added the jubilant former soccer star.

Rufus Motlhape (49) is part of the Johnny Walkers Club from Lenyenye. He said he felt honoured to be part of Tlhabine Fun Walk. “I personally would like to thank the organisers of the event for the extended invitation to be part of this historic event. Under this difficult time of lockdown, the organisers pulled a successful and incident-free event”, said Motlhape who is also the Superintendent of Greater Tzaneen Municipality Traffic Department and a former Lenyenye Commodores FC star. He saluted everyone who was involved in the event and said he was looking forward to the next one.

Kamogelo “Kamo” Tjodola (9) was the youngest of the walkers. He says he wants to start being active in the sports just like his father, Jordan Tjodola, who is one of the organisers.

“I was informed by my father that there would be a fun walk that he was involved in. I then told him that I wanted to be part of it, that’s why I am here today’, said Tjodola junior.

His father said the event was a success and they were very fortunate to have people coming from far and near.

“We thank the Almighty for making things run smoothly, since we did not encounter any incident or problem. It was a day filled with fun and most importantly it was a day that has proved that with a strong team you can go far in life.”

Tjodola says the event was a learning curve for him since he realised that his son is actually into sports and he should support him. “Thanks to the event we are now a changed community that is always looking for greener pastures,” concluded the man known for his acrobatic saves while in goals for local club, Mmaphala FC.

The founder of the walk, 21-year-old Floyd Sekhwela said he never thought the event would be as “awesome as it was”.

He thanked his team for pulling together to make the event a success and added: “Not forgetting the efforts of the sponsors because if it was not for them the event would not be that awesome as I mentioned above.”

Sekhwela also thanked everyone who took part in the event. “I would like to thank these people, Shane Mahlo, Jordan Tjodola, Sammy Letsoalo, Masilo Shokane, Bruce Ramogale, Rufus Motlhape and Meneer Mashiane as they supported me from day one when I introduced my idea to them,” continued the very shy-but, active young man known by the iconic name, Madiba.

“They did not discourage me, they were always giving me hope that the event would be a success. I can not forget my family who supported me all the way. They even cooked for the people who were participating so that they could not go home on an empty stomach.”