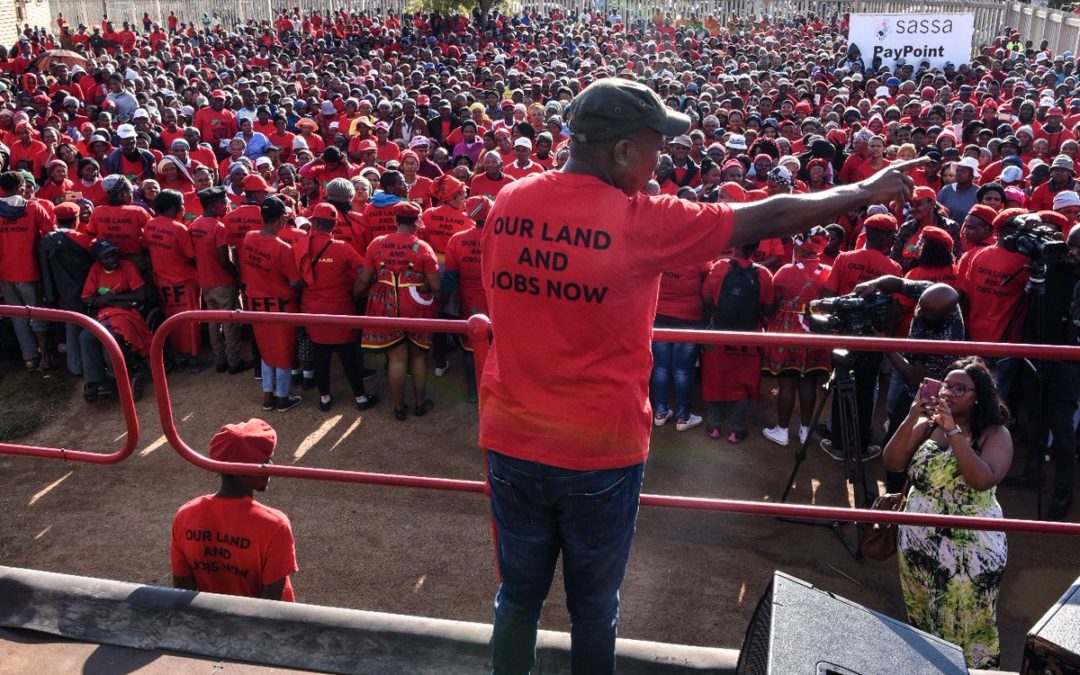 Malema encourages all to vote

North West – Economic Freedom Fighters’ (EFF) leader Julius Malema has shunned those residents of Ventersdorp who are refusing to vote on May 8th. Malema has also come down hard on these residents for additionally discouraging and threatening others from voting.
At the end of last week Malema held a two day door-to-door campaign in various parts of the North West province in a final bid to garner support for the upcoming general elections.
Prior to Malema’s arrival; on April 22, the community of Ventersdorp had embarked on a week-long protest over poor service delivery and high electricity tariffs. Residents vowed not to participate in the upcoming elections until their demands are met.

Speaking to residents in Tshing township, Ventersdorp, Malema condemned the notion of threatening to not vote, saying that those who seek real change in their communities must first exercise their right to vote towards that change.
“Anyone who says they’re not going to vote is an ANC person who has not made it to the list or his group did not make it to the list. It’s a factional battle. The real person who’s got real demands will know that I must actually wake up at 5 o’clock on the 8th of May and go and vote out those people who have denied me this and that service”, he said. – Star FM, North West (Edited by Veronica Makhoali and Philile Masango)