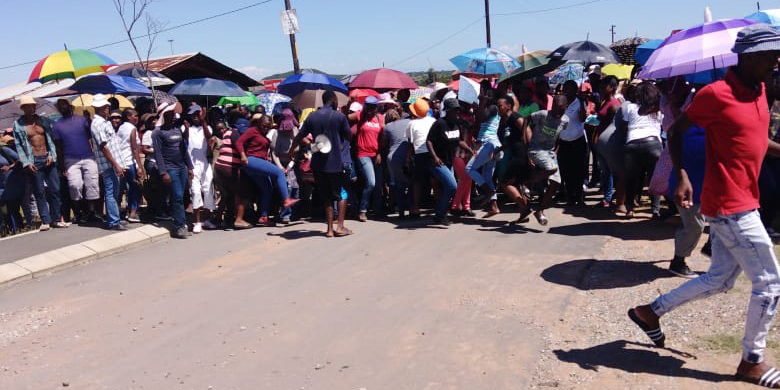 The community of Ekuvukeni, in Ladysmith, Kwazulu Natal are threatening to withhold their vote if their issues are not attended to.

They have told Nqubeko community radio station, that they are tired of being lied to by community safety MEC Mxolisi Kaunda. They have also accused Kaunda of disrespecting them as a community.

Earlier this week, they again took their grievances over lack of water and spilling sewer pipes to the streets. Open sewer pipes and muddy water are part of their lives, they now want President Cyril Ramaphosa to intervene.

Yesterday a contractor was sent to the area, but residents are adamant that, they want the president to personally hear them out or they will not be voting in the May 8 poll.

Ekuvukeni’s protests did not start this week, in an earlier services delivery protest, SASSA offices were torched and a parliamentary constituency office ransacked. Police in the area are investigating of malicious damage to property as well as the theft of 14 computers.