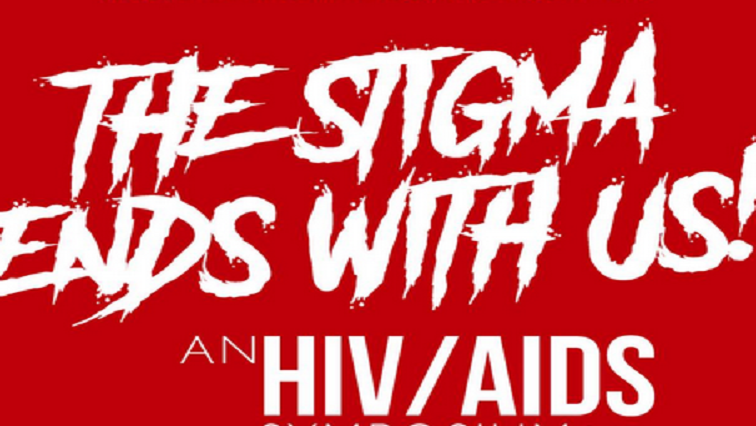 Johannesburg Mayor Geoff Makhubo was part of a high-level government team that attended the event.

Mayor Makhubo paid tribute to those who have lost their lives to the virus.

He also urged communities to work together to end the HIV/Aids stigma.

Although South Africa has made significant progress in the fight against HIV/Aids, it still has the highest number of people who are HIV positive in Africa.

According to a 2019 study published in the journal Nature, 5.3 million people under the age of 50 are HIV positive in the country. That’s about 17% of the country’s population between the ages of 15 and 49.

In Johannesburg alone, the study found that almost 500 000 people are HIV positive.

Deputy President David Mabuza said government chose the Itireleng clinic for the event due to the sterling work they do to support adolescent girls, young men and women through its youth friendly services.

The centre also works with ward-based outreach teams in the community and non-governmental organisations.

“This relationship that Itireleng Clinic has with the community is a practical reminder to all of us, that we can only win the fight against HIV and TB if we work together in solidarity to save lives and livelihoods, protect the vulnerable and marginalised.”

Mabuza was leading commemorations in his capacity as the chairperson of the South African National AIDS Council (SANAC).

He has called on all South Africans to make responsible health choices as the social wellbeing of communities depends on the actions of every individual.

“Each one of us needs to play their role in reducing new HIV and TB infections, in stopping gender-based violence and femicide, and in protecting the most vulnerable in our society, including adolescent girls and young women.”

This year’s theme for World Aids Day was “We’re in this together – Cheka Impilo,” a challenge to every South African to always do check-ups and know their health status.

“It is a campaign that aims to initiate people on HIV treatment, find the missing TB cases and screen people for non-communicable diseases. Cheka Impilo or testing is emphasised because if a person does not know their health status, it is difficult to treat them for a disease or virus like HIV, TB, non-communicable diseases as well as COVID-19,” explains Mabuza.

“Although much more work still needs to be done to ensure that indeed, access to healthcare is a human right for all people and not only for the few. In the period from April 2019 to March 2020, we were able to test more than 18 million people for HIV, thus exceeding the annual target of 14 million that we had set for ourselves.  Our treatment programme has also reduced the number of deaths due to AIDS by 60 percent.”

Although the country has made great strides in meeting the first target of ensuring that people know their HIV status, Mabuza admitted that more has to be done.

This is important since HIV and Covid-19 become exacerbated by inequality in lack of access to health infrastructure and social safety nets. For us as government, guaranteeing human rights and public health are mutually inclusive,” says Mabuza.

Health Minister Dr Zweli Mkhize said the pandemic has made it difficult to maintain HIV programme performance whilst dealing with the pressing urgency of the crisis.

He says the country still managed to made tremendous strides in tackling HIV/Aids.

“As a country, South Africa adopted the UNAIDS 90-90-90 targets in 2014, with the aim of ending Aids as a public health threat by 2030. As we know these targets state that 90% of People Living with HIV (PLHIV) must know their status; 90% of those, must be on ART; and of those on ART, 90% must be virally suppressed,” says Mkhize.

He encouraged the use of condoms when engaging in sexual activities.

“We also know that prevention is better than cure: condoms remain the cornerstone of prevention and hence consistent and correct use of male and female condoms will reduce HIV and other sexually transmitted infections as well as unplanned pregnancies.

Furthermore, both male and female condoms, MAX and MAXIMA and compatible lubricant are distributed for free in public health facilities and through other organizations and departments,” he adds.

“For all men out there we also provide Medical Male Circumcision for free in facilities and selected sites. We know from research that men who are circumcised are less likely to contract HIV by 60%. However, this does not render one immune to contracting HIV and other sexually transmitted infections.

This is why we still recommend consistent and correct use of condoms even in circumcised men,” says Mkhize.