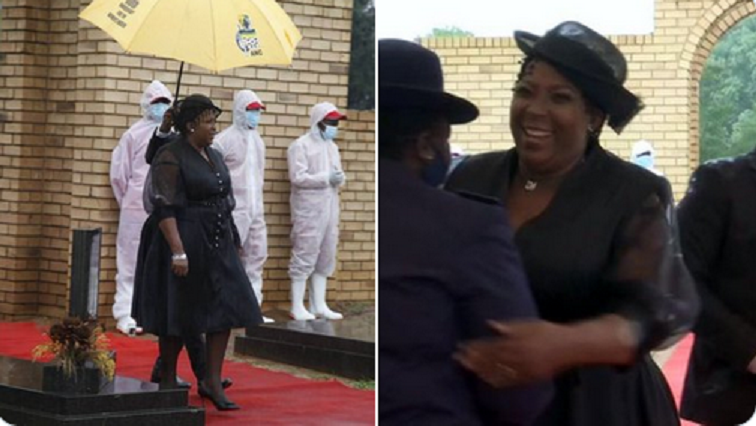 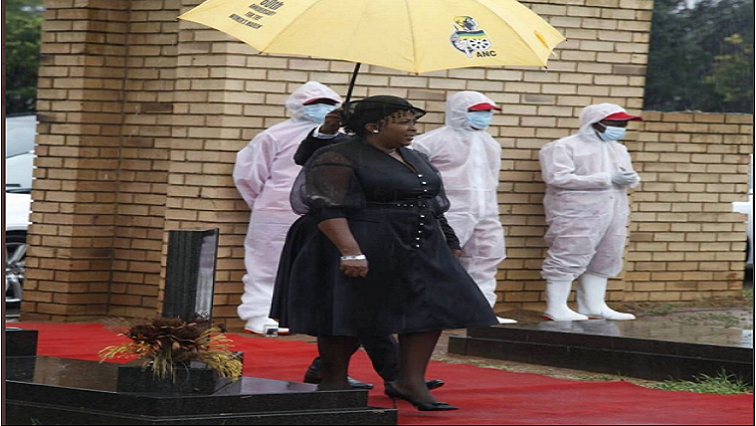 The Premier of Mpumalanga had many South Africans hot on the collar for violating lockdown level 3 regulations.

She was seen not wearing a mask at the funeral service of Minister in the Presidency, Jackson Mthembu.

Refilwe Mtsweni-Tsipane has, nonetheless, apologised for the blunder.

She says her mask was damaged upon arriving at the cemetery and when she got off her car she was not aware that it had fallen off.

“The Premier was of the opinion that the mask was intact as had been the case throughout the proceedings,” a statement from her office says.

Cope wants her fired and while her political home, the ANC, has welcomed her apology – the Police Minister isn’t having it.

Minister Bheki Cele says wearing of a mask under the COVID-19 level 3 lockdown in South Africa is non-negotiable.

“If South Africa wants to beat this invisible enemy which is COVID-19, we simply can’t let down our guard. This is why I have spoken to the National Commissioner of the South African Police Service General Khehla Sitole to look into the matter of the Premier and an investigation must be conducted and necessary action must be taken,” he says.

A person convicted of violating the Disaster Management Act is liable to a fine or at least six months imprisonment.