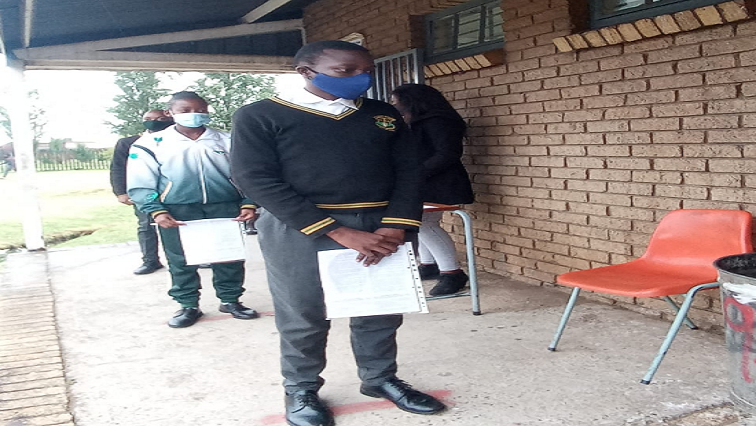 As over a million South African matric learners sat down for their first 2020 final examination paper, the Minister of Basic Education Angie Motshekga visited Sekano-Ntoane Secondary School in Soweto, Gauteng.

Jozi FM reports that it was all systems go for the grade 12 learners at the school.

They were part of the 1 058 699 matriculants who wrote their English paper 1 on Thursday.

This year’s examination is the biggest in the country’s history as the June exams were postponed due to COVID-19.

The pandemic has forced the learners to write under unconventional circumstances, with much of the schooling year having experienced disruptions. They are also writing under strict safety protocols to contain the spread of the virus.

Minister Motshekga has told Jozi FM that the department is ready to deal with challenges of the new normal during the exams.

He is chuffed over how the first day of matric exams proceeded so far in the province.

Meanwhile a showdown is looming between the Basic Education Department and teachers’ union, Naptosa.

The union is upset over the government’s failure to consult with educators before deciding to allow learners who test positive for COVID-19 to write their matric examinations.

The department has said candidates who have contracted the virus and deemed fit to write the exam, will be allowed to do so at a different venue and under secure conditions that are in line with the country’s coronavirus safety protocols.

However, Naptosa is worried about the safety of its members.

“While we acknowledge the right of all learners to sit for an examination, we will not have the health and safety of our members compromised and that if teachers are expected to be responsible for the invigilation of such learners, Paptosa will support and defend members who do not see their way clear to do so, because we believe any such instruction will be both unlawful and unreasonable,” the union’s Executive Director Basil Manuel says.

Naptosa has requested an urgent meeting with Minister Motshekga iron out differences.