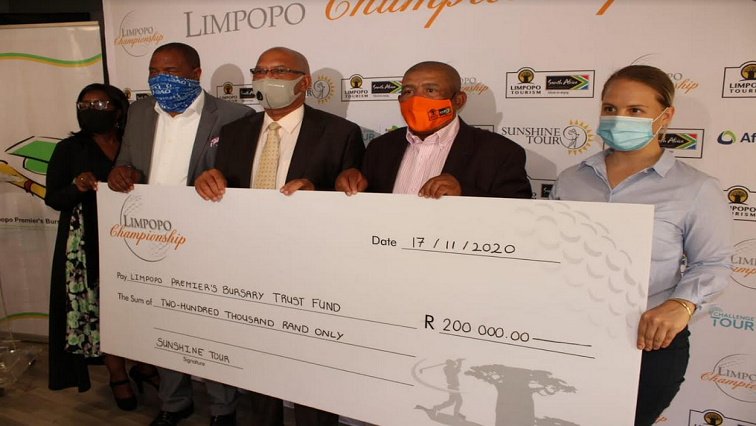 The Limpopo Championship, in partnership with the provincial Tourism Agency, has donated R200 000 to the Limpopo Premier’s Bursary Trust fund.

The fund was established in 2002 and has so far helped at least 328 beneficiaries.

The 2021 applications are open. Needy students are encouraged to visit the number 41 Church Street, second floor or call Ms Ntotole Matlakala on 015 287 6237 for the application form.